I first went to work at a funeral home in 1987. I had been managing Zale’s Jewelers in Beaver Valley Mall and saw a “blind” ad for an advanced planning position near my hometown of Leechburg. Although I didn’t know what an advanced planning position was or what type of company was offering it, I dialed the number. “Funeral Home”, was the greeting. I hung up the phone. Curiosity got the better of me and I called back. That sweet voice was, Connie Kane, the administrative assistant of three funeral homes and a monument company. She and the organization’s principles warmly introduced me to the profession. I’ll never forget a bright and crisp October morning when I was invited to a committal service at Kittanning Cemetery. It was all new to me, and it was eye-opening. I had anticipated sadness, but there was so much love as well. There was gratitude to God for the gift of their loved one. On that colorful fall morning, those present returned their precious gift back to His care. After that experience, I knew I wanted to stay close to this work for the rest of my life.

In 1990, I had the opportunity to work for one of the most successful monument companies in the country. With 9 locations in South Central PA, the company was right in the heart of limestone trout fishing territory. Weighing that added perk, I decided to move to Bedford, PA. I managed the company’s locations and some evenings, dug monument foundations in those country church cemeteries in the Pennsylvania heartland. I learned from Jim Miller, the setting foreman, what made a monument foundation strong and remain level. I learned from Jeffrey and Vivian Koontz, the owners of the company, much about stone quality. But I learned even more from them about how to caringly manage people. All I had to do was just copy the way they treated me.

Somewhere around 1994, it settled in me; I should go to mortuary school. I wanted to be relied upon, counted on, by a community. I would in turn, give my every energy in caring for that community. Since I had a B.S. degree from Duquesne University, this decision would only entail a one-year diploma program and a one-year internship. One of the finest mortuary schools in the world is located here in Pittsburgh, the Pittsburgh Institute of Mortuary Science (PIMS). I had a best friend in the late Andy Osborne, owner of Osborne Funeral Home in Greenville, PA. The last thing Andy needed was an intern, but he chose to help me, and I had an internship opportunity as well. I was, and still am, pretty convinced that every one of my PIMS classmates was brighter than me. But, when you are doing what you are supposed to be doing, what God wants you to be doing, I believe, things just work out. It also must be on His time. The other students were 22 years old; at 22, I would have had a hard time just graduating. But, at age 35, I was inspired. I earned a 4.0 Q.P.A. and had the school’s best exit exams scores in years. A year later, as I was finishing the internship in Greenville, Patty Willig asked PIMS dean to find a new owner for Willig Funeral Home. He remembered my performance and connected us.

I moved to Franklin Street in McKeesport, next door to my late friend, Otto DeMarino, in 1997. On October 24th, 1997, I took over Willig Funeral Home. That was 20 years ago. Otto, Herman Beattie and many, many others have come and gone since then. They all made their unique contributions. Without their talent, insight and effort, I would have never succeeded. A special thank you to Bill and Kate Hunter and William Craig for their help and kindness along the way.

In 2015, I took ownership and responsibility for carrying on Jaycox-Jaworski Funeral Home’s excellent reputation. For generations, Jaycox-Jaworski Funeral Home has been the definition of traditional funeral service in the White Oak area. If you know Jay, Kelly or Pat Jaworski, then you know why making them proud concerns me more than the day to day challenges of 2 funeral homes, a monument company and a crematory.

I want to finish this synopsis with a few thoughts. Back in the late 80’s, before I was a funeral director, I got word that my gravely ill, great uncle had died, and I rushed out to see him before the funeral home arrived. Sickness had not only drawn the life out of him, in the process, it had left only a vague and tragic resemblance of the man I loved. Two days later, when I walked into my hometown funeral home, I saw something I had not expected. There was my uncle again. A talented embalmer had returned his good memory to me. In fact, he actually looked better than he had in years, before a broken heart over my aunt’s early death and emphysema wore him out. That visceral experience – the value of a restored, positive memory - now drives me. My goal is to give that same experience to every family that entrusts me with their loved one’s care. I’ve heard folks say, “I want to remember (him/her) as they were, not in a casket.” I respect and humbly carry out whatever directions a family requests. But survivors who actually companion a dying loved one and see heart-rending changes first-hand or survivors who come upon their loved one after an accident or in the aftermath of some senseless and unspeakable violence - those survivors often feel very differently about what it is they want and need to see.

Sandy Mikita, the hair stylist at Willig Funeral Home for the past 60 years, once said to me, “Chris, you’ll never be rich. You are a perfectionist and you’ll always want to do the work yourself.” I took that as a great compliment. Of course, she was talking about herself as well, and putting me in the same category made me proud. All I can tell you is this, when the medical community has heroically tried every known cure but is finally forced to admit defeat; families still want their loved one gently cared for and their loved one’s dignity restored. It has been worth dedicating my adult life to that end.

I’ve met many funeral directors over the years. Once, a funeral director told me, “We bury people, Chris. We are not event planners and we are not psychiatrists. Leave everything else to the Marriott and Western Psych.” I must take exception. Many years ago, when I took that monument job in Bedford County, my father and mother had helped move me in, the weekend before. They were both 75 years old then. I knew, and they knew that it was the end of our lives together. We didn’t discuss the painful reality, but the air was thick with it. Finally, that Sunday morning, when there was nothing left to do, nothing left to clean, move or put away, we went to Denny’s to have lunch and say goodbye. I waited till the end. And then I carefully slid my old hunting compass across the table to dad and said, “This is so you’ll always be able to find your way back here.” I didn’t get out all the words perfectly. My dad is a tough, no-nonsense man, and for a minute he didn’t say anything. Then he pushed the compass back to me and said, “This is so you can always find your way back home.”

My father is 93 as of this writing, and if I outlive him, I will place that compass with him, so he can find his way back home. Whether it’s something as simple as suggesting treasured mementos be placed in the casket or beside the urn, life’s treasured events captured in a memorial video, recreating a Christmas tradition by serving hot chocolate at visitation, sending visitors home with tomato plants from the neighborhood’s beloved gardener, composing a moving eulogy, blowing soap bubbles at graveside like grandma and grandkids used to do, playing a special 70s album so old friends can take that teenage journey one more time, or dare I say it- have a last farewell, bid in-person via hologram, complete with previously undelivered communications. I think any funeral director who is willing to try, has all the info necessary to be the quintessential event planner.

As for grief, here’s the thing, most often, it’s normal. It may feel unbearable. It may be frightening at times; it may seem like it will never end and that life is not worth living. Back to my training at PIMS, decades ago, I still remember one question that I answered incorrectly. A man makes an appointment with you and states that he still sees his wife, who died 6 months earlier. Is this problematic grief? I knew from my studies that, while no one admits it, because they don’t want others to think they are crazy, 80% of people see or hear their deceased loved one. But six months, that seemed way too long. I answered, “yes- problematic”. And I was wrong. The truth is that grief is natural and universal. Treatment centers for the psychologically ill usually deal in abnormal behaviors and pathology. Most often what bereaved people need is to have their loss validated. They need nonjudgmental and non-prescribing friends with ears that listen. They need to know they are heard, to have experience and feelings reflected back, because none of us want to go through this world alone. They need to mourn; grief turned inside out, grief gone public. With such support and a lot more time than anyone ever imagines, most people will come to reconciliation. They will come to feel that life is worth living again. Although life has changed forever, it still holds value. Just as funeral directors possess insights with which to create meaningful ceremonies, I believe we are in a unique position to aid in the care of the bereaved, as well as the deceased.

Lastly, about funeral directors - for the most part, the good ones are all used up by the end. They have witnessed raw things and don’t need or care to talk about them. These funeral directors are also the benefactors of incredibly delicate, intimate moments. It seems unlikely that such ethereality could have ever penetrated their thick skin or been retained by such crisis and formaldehyde numbed brains. But it’s all in there. And when you need real advice on something that matters, that’s the man or woman to seek out. I hope that I can live up to that with the funeral directors, support staff and especially the communities of the McKeesport/White Oak area I am responsible to. My name is Sarah, and I’m originally from Buffalo, NY. I went to Gannon University in Erie, PA, and graduated from the Pittsburgh Institute of Mortuary Science in 2018. I decided to make Pittsburgh my new home after graduation. I am an animal lover; I have two cats, Sonic and CC, and a Jack Russell puppy named Hope. I knew I wanted to help people growing up, and that leads to the journey of becoming a funeral director and caring for people on the worst days of their lives. 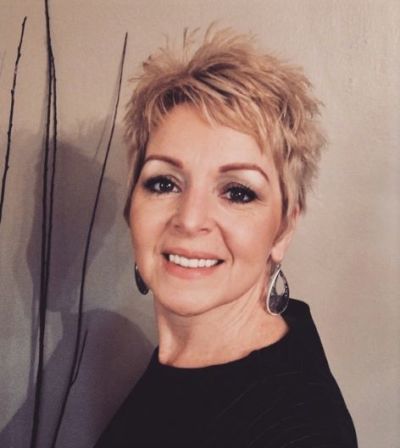 How Can I Help Heal A Broken Heart?
Grief Support
Children't Grief